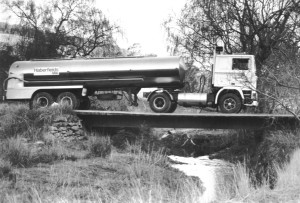 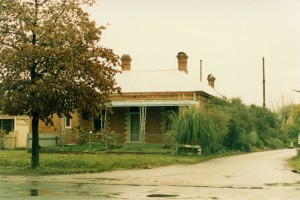 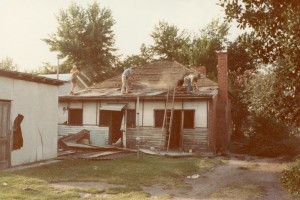 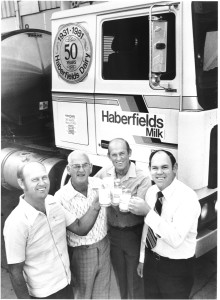 Laurie, Jock, John and Ron Toast 50 years of Haberfields with a glass of milk 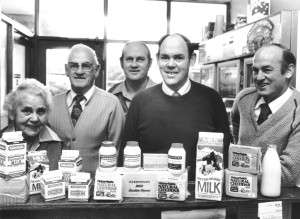 Below Founders Anne and Jock with Laurie, Ron and John with some products in old office

Start of a complete rebuild of factory and associated building on original and enlarged site.

May – Purchase 389 David St.  The back of the block required for new main factory.  Resident Joe Elias lived rent free in the house until his death at 99 years old. 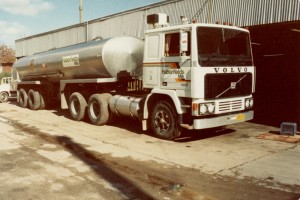 New Cheese cool storage building erected west of right -of-way at rear of 403-409 David St. In foreground is the footings for the Engineers workshop and mechanics workshop. 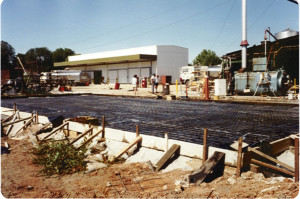 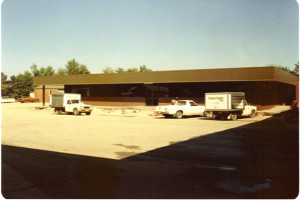 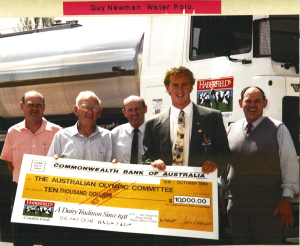 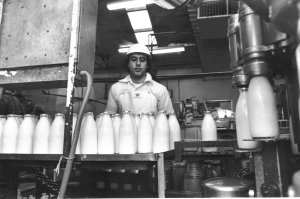 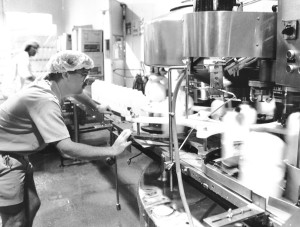 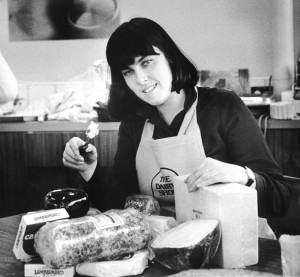 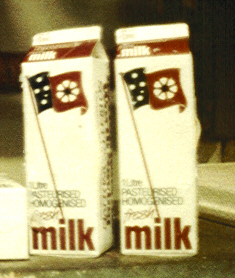 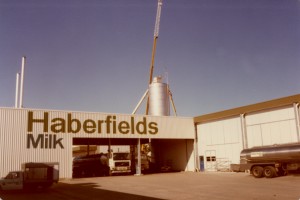 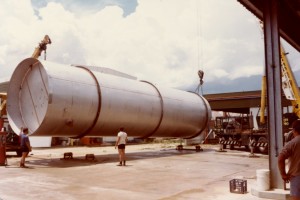 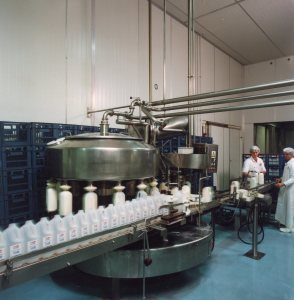 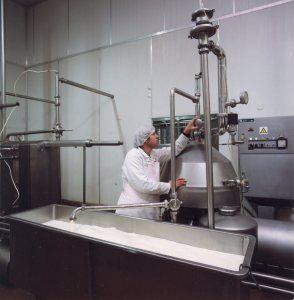 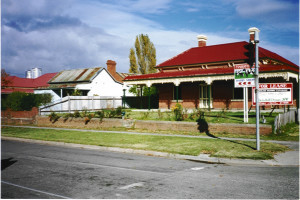 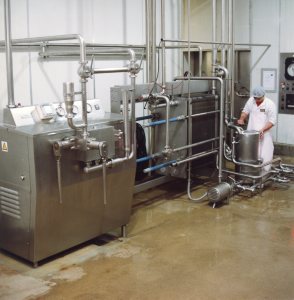 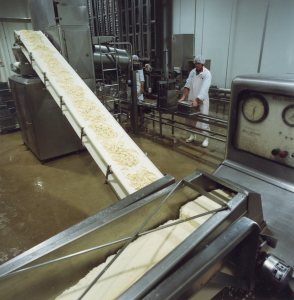 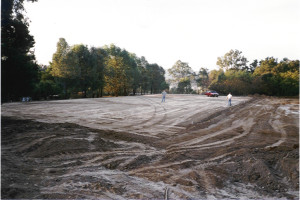 Roland Gerber on exchange from Switzerland 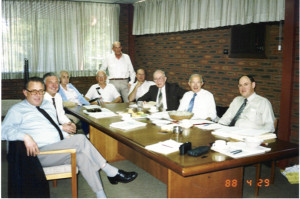 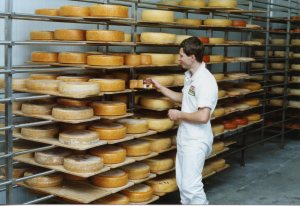 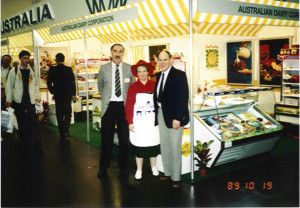