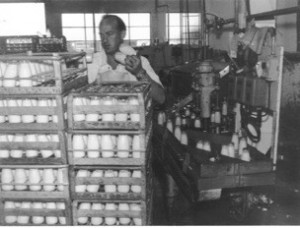 The fifties were a time of rapid change for Haberfields.  Albury was growing, Haberfields began supplying vendors in regional towns and some substantial contracts to supply milk and milk products were gained, including the army and immigration camps in both the Albury and Wagga areas. The Snowy scheme (SMA) was in full swing and Haberfields supplied the Khancoban area, then late in the 50’s began to supply milk to the whole of the SMA area. The Commonwealth School milk scheme commenced in 1952 and Haberfields commenced supplying Albury and regional schools. 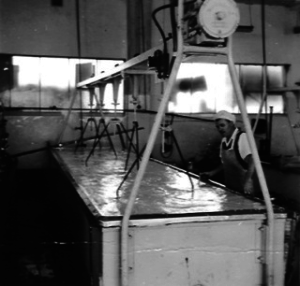 In 1950 Hawkesbury Dairy Technology graduate Brian Mullens joined the staff to run the technical aspects of the factory. In 1953 John Haberfield and Ron Haberfield in 1957 both Hawkesbury graduates joined the company. Hunter Connolly replaced Jim Cakebread as head cheese maker. Labour was particularly short during this period and the factory labour was made up of locals and immigrants, firstly from the Baltic countries and central Europeans, then changed to Greeks, Italians and Spaniards. Most of these workers were straight out of Bonegilla in the early fifties and many had language difficulties, which they soon overcome and were valuable staff with some becoming life long friends of the family. 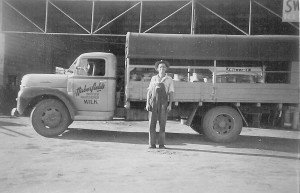 Jack Rowe took over the office from Henry Styles, and by this time many of the staff were returned service men. Eric Nagle continued to look after the retail milk rounds, Chris Nuttal was a driver mechanic, Wally Morass did a retail milk round just to mention a few. 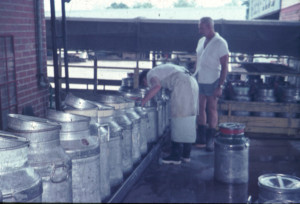 coming in from farms was in 10-gallon cans. Not all farmers had stands at their dairies so the cans had to be lifted onto high trucks and in some cases double decked on the truck. At the factory every can had to be graded, tipped and washed and reloaded back onto the trucks. 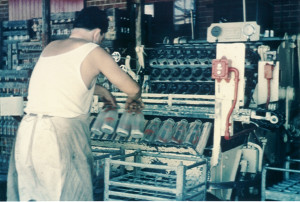 Bottles had to be washed and filled. The Bottle washing equipment was upgraded twice in the 50’s.  Aluminium caps replaced the cardboard wad closure on bottles in about 1948. 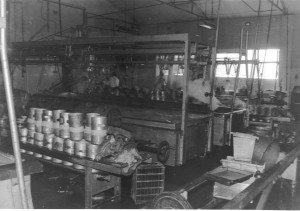 Alf Chick built a new cheese room in 1953, which allowed six 1000 gallon vats with associated presses to be installed. Work in the Cheese room was particularly hard, bending over vats turning curd, filling hoops, pulling up cheese presses and handling cheese. Cheese were mostly 14 and 40 pound sizes but in the mid 50’s export 80 pound cheeses were being made for t he UK market during the spring flush. Cheese presses were converted from mechanical to air / hydraulic taking much of the heavy work out of the pressing operation. Finished cheese had to be turned daily on the shelves to dry before they could be waxed. 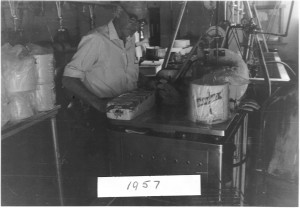 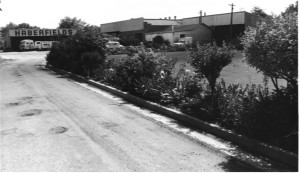 Back of factory showing some of the extensions

Extensions to the factory included a cheese room, boiler room, milk receive platform, mechanics workshop, cold, starter, storerooms and staff amenities. With more land acquired fronting Hovell Street the working entrance to the factory changed to Hovell Street. A large garden was established by Jock and Anne, which Anne tended lovingly for 30 years. In 1959 the Wolfe Brothers from Wodonga built an addition to the office in David Street. 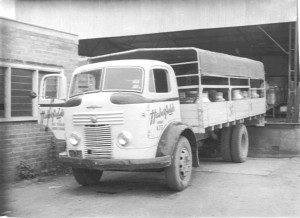 The truck fleet grew but new vehicles were hard to obtain and old ones were continually being rebuilt in our own workshop. A full time mechanic Herman Vetta was employed in about 1952. New trucks were mostly Commer’s, Bedford and Morris -Austins for the smaller vehicles. Three Thornycroft diesel trucks were purchased second hand from the closed Nicholas factory at Walwa in 1957. The milk intake area had now increased from the local Albury Wodonga, Bonegilla, Baranduda, Leneva to the South Kergunyah in the Kiewa Valley and Staghorn Flats areas. Several new Commer trucks with locally built Bowden Custom bodies joined the fleet in the early 50’s as trucks became available, also a contractor Norm Jones had a semi trailer bringing milk in from farms.

Horse drawn milk carts were still being used for nightly home deliveries to central Albury but as Albury was expanding motor vehicles were required on the longer runs. 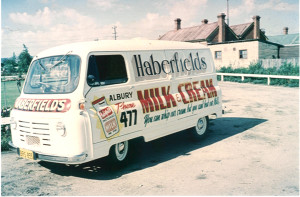 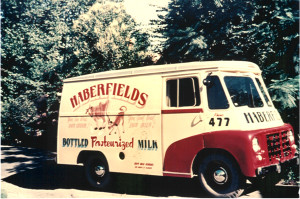 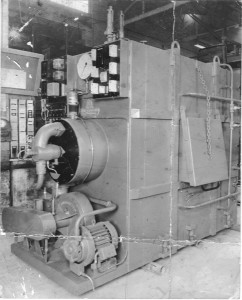 Steam generators were upgraded and the fuel changed to heavy crude. New ammonia condensers and larger ice tanks were added. 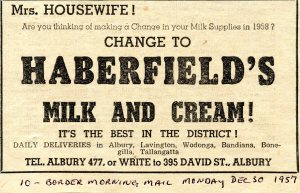 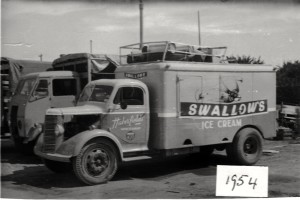 During the 50’s Haberfields became the regional distributor for Swallows Ice cream until it was taken over by Peters around 1958.