The pace of change quickens. 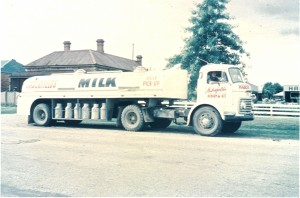 Refrigerated on farm milk collection commenced in July 1960.The first farm vats were Wilson Tyler Ice Bank units, followed by Dairy Cold Ice bank and later direct expansion units. By the end of 1962 can milk collection ceased making Haberfields on of the first factories to have 100% bulk pickup. This change dramatically reduced manual labour both on the farm and at factory, and improving milk quality. 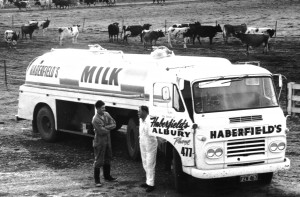 During the 1960’s while still exporting 80 lb cheese in spring, changes in sizes, shape and packaging of the cheese was developing. Rectangular 40 pound cheeses started and apart from being Cryovac packed, the Paraform wrap and press allowed the cheese to be wrapped in a laminated and waxed film then brown paper, sealed under heat and pressure then packed in a supported carton elimination shelves, turning, rind weight loss and handling as they were ready for distribution after maturing on pallets. 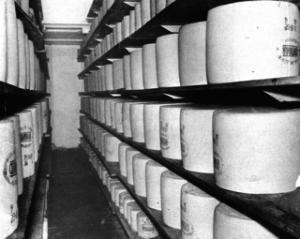 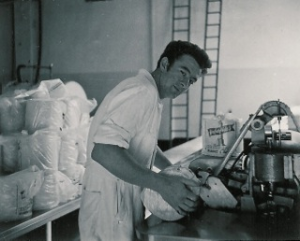 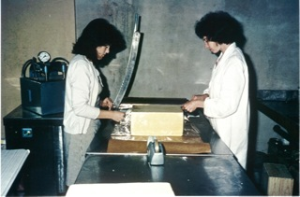 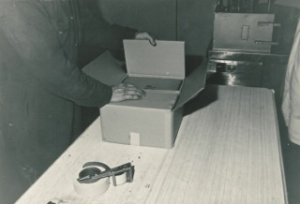 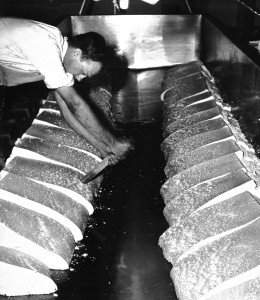 1963 Laurie Haberfield graduates from Hawkesbury with a Diploma in Dairy technology and joins the company.

Bulk supply to other processors

Haberfields began supplying bulk milk to processors in the Riverina and Canberra due to the ability to supply quality market milk all year round. 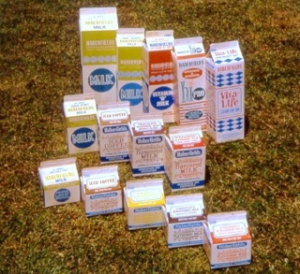 By 1963 A carton machine imported from Germany was packing square based Satona waxed cartons to satisfy customer requests and for sale in shops. 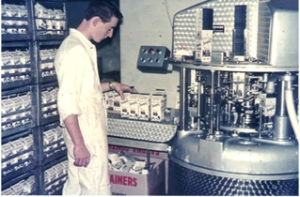 A number of new products to Australia were introduced including Iced coffee, which would go on to be a regional market leader in flavoured milk being sold in pint and half pint packs and modified milks Hi Pro and Vita Life. Unfortunately the modified milks would not become popular in Australia for another decade

By December 1968 half gallon Pure-Pak cantons were introduced bringing the range from half pint, pint, quart to half gallon.

In 1969 Haberfields become the first dairy processor to start packaging fruit juice under the Sunburst brand.