In February 1970 Haberfields commence supplying Gundagai milk vendor Neville Hand but by September 1970 the Dairy Industry Authority of NSW declared it to be a milk zone, forcing Haberfields to withdraw. 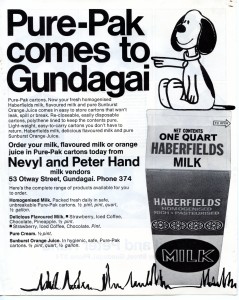 November 1971 one and two pint Plastic sachets of milk are introduced to be an alternative to glass bottles. 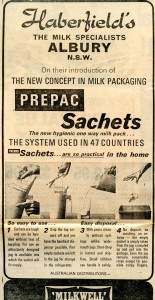 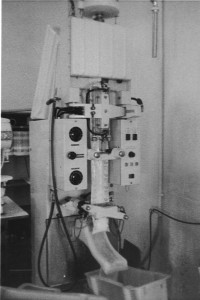 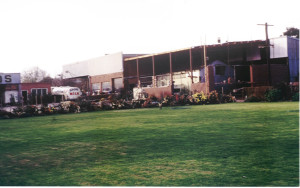 December 1972 The Haberfield partnership is converted to two private companies,

Haberfield Milk Pty Ltd a manufacturing and processing company and

Soon after a computerised financial accountings system is developed with a newly formed Albury Computer Centre processing  the data. 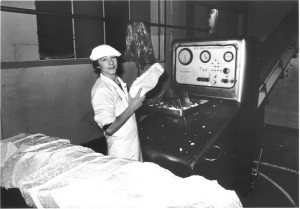 Curd cheddared on tables and fed into Bell Siro for milling salting and hooping.

Rationalisation of trade with Murray Goulburn.

Haberfields become their agent but Kiewa continues to sell milk using Section 92 of the Constitution at reduced prices.

1975 Change  from Imperial to metric system.

All packaging changed, bottle to 600ml with 38mm caps, cartons to 300ml, 600ml, and 1 litre requiring the conversion of all packing and filling machines. 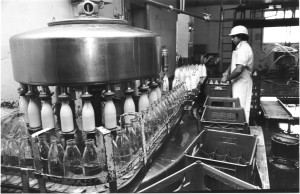 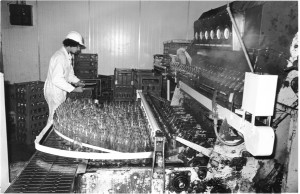 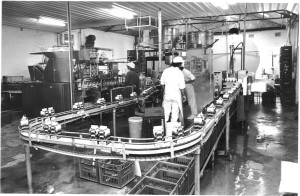 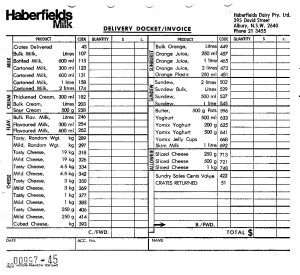 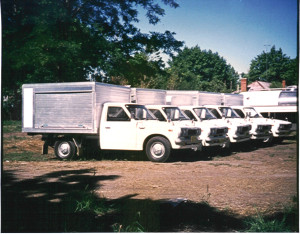 Some of the delivery vehicles are pictured.

In August 1979 The NSW Department of Decentralisation in conjunction with the Country Industries Assistant Commission granted Haberfields funds to carry out a feasibility study to develop a new factory complex to the replace the David Street operation. The study was completed by G Ingram and Civil and Civic recommending a site on the Hume Highway at Lavington complete with plans and financials for the project however the project was put on hold and never proceeded. 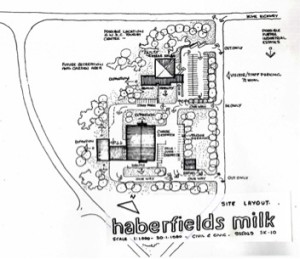