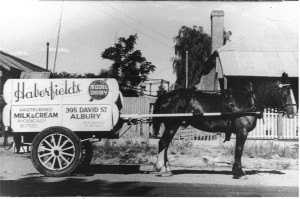 “Early in World War II, the Commonwealth of Australia selected Albury and Wodonga for large military training camps and for ordinance, storage and repair units. The first training camp was for the 2/23rd (Albury’s Own) Infantry Battalion and opened in 1940 with 800 men. Later in the war, the numbers of soldiers stationed in the two towns and at Bonegilla and Bandiana rose to between 8000 and 11,000, and in addition thousands of Australian and American troops passing through by train had to be fed. There was also a Royal Australian Air Force storage base at Ettamogah and a camp for Italian prisoners-of-war at Hawksview, near Lake Hume.  Albury became something of a garrison town.

In 1939, Jock Haberfield had suffered a bleeding duodenal ulcer that made him unfit for military service.  However, he was to serve his country and the military in a different way.  Haberfields won various contracts to supply some of the Army units with milk. Despite their increased workload, both Jock and Annie worked on various committees raising funds for troops comforts while bringing up a young family: Lawrence James (Laurie) was born in 1942 and Judith Anne (Judy) in 1944. 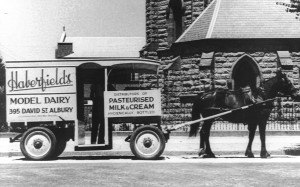 Petrol shortages in the war forced a return to the horse for household deliveries.  Jock got Jack Maloney and Jack Bauerle to build stables for five horses at the factory and home deliveries were by way of two-wheel floats pulled by “Bess”, “Pet” “Cheeky” or other horses”.

Larger walk through lorry used mainly for wholesale runs in front of St Patricks church. Note wheels and axles all from motor vehicles. 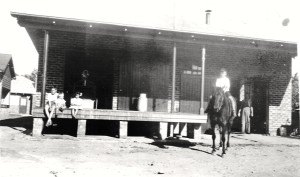 In 1943 the factory in David street was extended to cope with the additional capacity following permission from the Commonwealth War Industry Organisation.  Changes included relocation the boiler and refrigeration to south side of the building on newly acquired block and an enlarger factory area with new milk receival section at the back and room for a new bottler and bottle washer. 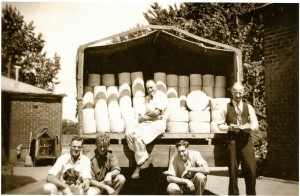 Starting with 2 x 1000 gallon cheese vats and and mechanical cheese presses. Traditional cloth covered 14 pound and 40 pound cheeses were manufactured and sold on the local market and wholesaled through the Producers Distributing Society (PDS) which had branches though NSW Rural areas and Sydney. Initially the cheese was sent to Sydney in iced rail cars but later sent by road transport . Norm Fellows, son of Albury gardens curator was the first cheese maker taking over from Jock Haberfield after the initial  start up. 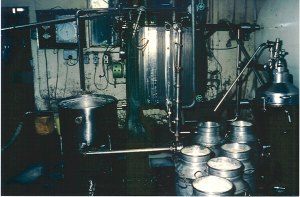 Until 1948 all the milk was pasteurised by batch method. Milk was held in a vat with a heated coil  agitator for 30 minutes at 154ºF and then cooled to 40ºF over a ripple brine cooler.

This method of pasteurising was replaced by a” heat exchanger” where the milk was continually pumped between heating and cooling plates at a higher temperature for a shorter period to achieve the same result as pasteurisation. Naturally this sped up the operation.

This method is referred to as HTST (High Temperature Short Time) pasteurisation.

During the early war years farm milk was delivered in 10 gallon milk cans direct to the factory by the farmers but as demand grew Haberfields commenced collecting the milk from farms, located mainly around Albury,  Wodonga, Bonegilla and Baranduda. 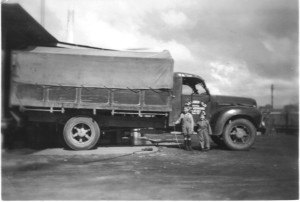 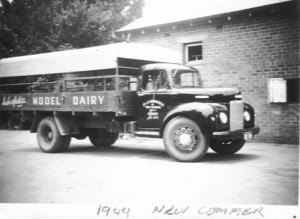 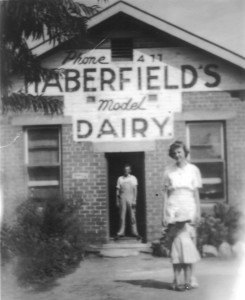 After the war the factory steam generation was changed from a wood and coal fired boiler to an oil fired Presha Steam generator.

Refrigeration from the beginning was compressed ammonia 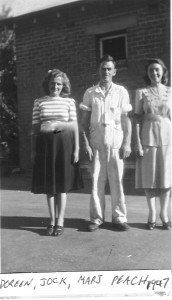 Mr Sinclair was the accountant in early 40’s and some of the other staff were Lola Kerr (then Burkitt,) Marge Peach and Doreen Watkins (then Keller) and Henry Styles.